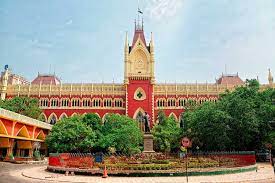 The Court was hearing a petition on the alleged irregularity in Group C and Group D appointment in state government run schools involving the West Bengal School Service Commission (WBSSC) and West Bengal Board of Secondary Education (WBBSE).

In 2016, the state government had recommended the appointment of about 13,000 non-teaching staff in different government aided schools and accordingly the WBSSC had conducted examinations and interviews periodically and thereafter a panel had been constituted. Out of which allegedly more than 500 (25 proven) irregular appointments have been made.

The Division Bench further set up a Judicial Inquiry Committee under the chairmanship of former Judge Ranjit Kumar Bagh with three members of SSC (School Service Commission), one member of the Board and Advocate Arunabha Bandopadhyay of the High Court.

The panel will produce a report within 2 months. The State has been ordered to bear any cost incurred by the panel.

The Court while quashing the CBI probe observed that CBI investigation is needed in those serious cases and those cases where the state government or agency is not investigating it properly.

In an earlier order Justice Gangopadhyay of the Calcutta High Court had directed district school inspectors to stop the salary of ‘Group D’ staff who had been allegedly recruited after the expiration of the panel prepared for giving appointments to the post of Group-D in the Education Department.

Cause Title: Sandeep Prasad vs State of West Bengal