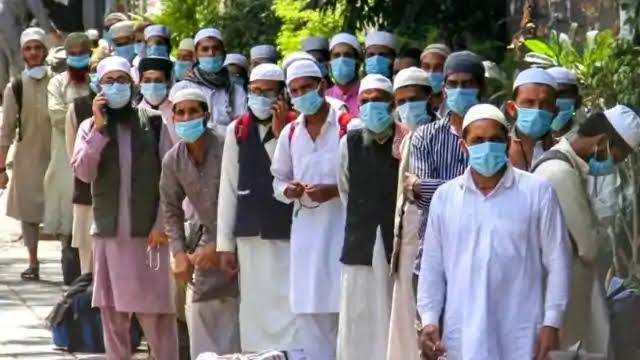 The Delhi High Court today directed the Delhi Police to file a status report in the case seeking quashing of FIRs lodged against about 48 Delhi residents accused of allowing foreign Tablighi Jamaat congregation attendees to live in mosques or their houses in March last year while the Covid-19 pandemic was raging over the world.

A single judge bench of Justice Mukta Gupta asked the Delhi Police to specify on record whether there was any prohibition on providing such accommodation to the foreign nationals, while also hammering the police for being unable to answer about the date of arrival of the foreigners in India.

Pointing out the lack of investigation in the matter, the Court said, “Then your officers don’t deserve to be investigating officers,” Justice Mukta Gupta.

At least 48 people are accused in at least a dozen FIRs which have been challenged before the High Court.

During the course of hearing, Advocate Ashima Mandla representing the petitioners apprised the Court that the said foreign nationals have also been chargesheeted in another FIR apart from the parent FIR, on which the bench questioned the police if it is indeed permission for two separate arms of the Delhi Police to file two chargesheets in the same matter.

On the Assistant Public Prosecutor's response that he was not concerned with the chargesheet by the Crime Branch, the Court added, "What do you mean you are not concerned? Can a person be chargesheeted twice for the same offences?"

The Court has also directed the police to find out if these people were static during the lockdown, or were still moving around and making visits to the places during the prohibition period.

In the backdrop, the Court has directed the Deputy Commissioner of Police (DCP), Central to file a detailed affidavit indicating whether the petitioners are accused in FIR 63/2020 registered by the Crime Branch.

The bench has further directed for the affidavit of the DCP to indicate as to whether there was any prohibition for any Indian national to keep a foreigner at his residence who had come to India on a valid passport and visa at the relevant time.

The matter is posted for January 4 for further hearing.

Cause Title: Mohd Anwar & Ors. vs State of NCT of Delhi