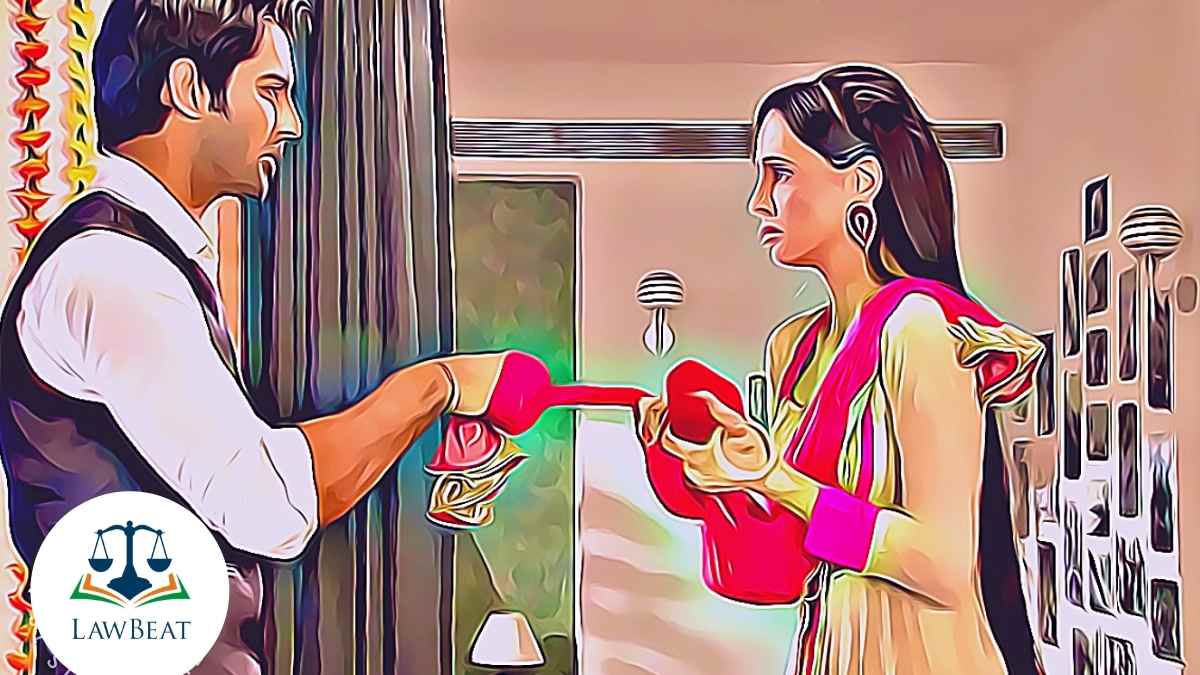 The Calcutta High Court has held that the act of dragging a minor girl's dupatta and pulling hand of the victim, while also proposing her for marriage does not come within the definition of either sexual assault or sexual harassment.

The Court has acquitted a man, one Nurai Sk. from West Bengal’s Murshidabad district, who was convicted by the Trial Court under Sections 354 Indian Penal Code (IPC) and Section 8 and 12 of the POCSO Act, for pulling the dupatta (scarf) of a Class 12 student, proposing marriage and threatening to burn her with acid if she refused.

While acquitting the accused, the Court noted that that there are deviations in the Victim's deposition and thus even assuming that the said act was done by the accused, at best, it will not attract either provisions of POCSO for sexual assault or sexual harassment under the IPC.

“Such statement under Section 164 of the Code of Criminal Procedure should not be taken into consideration where the victim tried to exaggerate the incident," the court said.

The Judgment dictates that according to the prosecution, the victim girl was returning from school on August 24, 2017 in Murshidabad in the afternoon. The accused allegedly dragged her ‘orna’ (scarf) and also threatened her to cause injury by throwing acid on her body if she refused to accede to his proposal. The victim however deposed that the incident took place on the 27th of a "particular month" in the morning. This was later corrected after recalling the victim for another deposition. According to the facts of the case, an FIR was lodged three days after the incident by the victim’s uncle who allegedly missed details like the victim was pulled by the hand, which surfaced later.

The Trial had Judge held that the accused had caused sexual assault within the meaning of sections 8 & 12 of the POCSO Act and that the specific act of the accused of dragging the ‘orna’ of the victim girl and insisting her to marry him was done with intent to outrage her modesty with sexual intent. Further, it was held that the accused had caused her sexual assault and harassment by physical contact by pulling her hand and advance unwelcome and explicit sexual overtures to marry him, thereby attracting offence under Section 354 IPC (Sexual harassment).

What the High Court held:

The Calcutta High Court while holding the accused not guilty observed that whilst the victim can forget the date of incident, it is “hard to believe” that she also would forget the time when the incident took place.

"If there is a deviation of the above-mentioned three facts, the entire case remains doubtful because the Court is every reason to hold that no such incident took place at the given time in the given manner at the given place and the accused is entitled to get benefit of doubt,” the Court stated.

The Court further enumerated the provisions under POCSO Act and observed that, “even assuming that the appellant has committed the alleged act of dragging ‘orna’ and pulling hand of the victim and proposed her to marry, such act does not come within the definition of either sexual assault or sexual harassment. At best for the act of the accused, he may held liable for committing offence under Section 354 A read with Section 506 of the Indian Penal Code.”